The Reluctant Clown is an ethnographically surreal work located in fictive country. The footage recounts an aesthetically disparate journey, connected through a series of unintentional obscure performances that materialize along the highway. Transitory relationships are captured with an on the fly characteristic. This syncretic cosmic scheme is anything but static, frenetically lively insistent omens and prophetic significance seems ever-present. Often reticent performances from cows, begging clowns, a puppet bird on a precipice, an impromptu aero plane descending down the valley gives rise to the crescendo of a performance which see a man oscillate between a clown and a shaman, while performing a romantic ballad on a Casio.

Divination objects and paraphernalia are littered through out the space. In these talisman items a sound track resonates from the curiosa embedded with speakers, motion sensors and media players. In which the audience are lured into play, so that they too perhaps, become A Reluctant Clown. 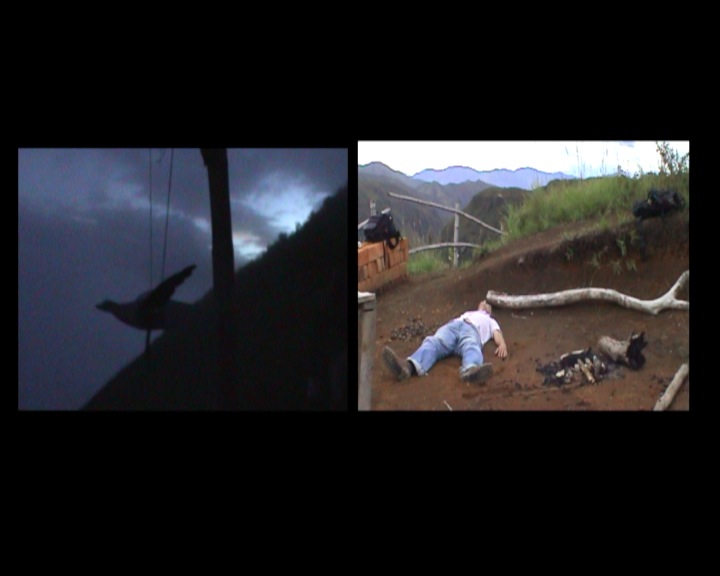 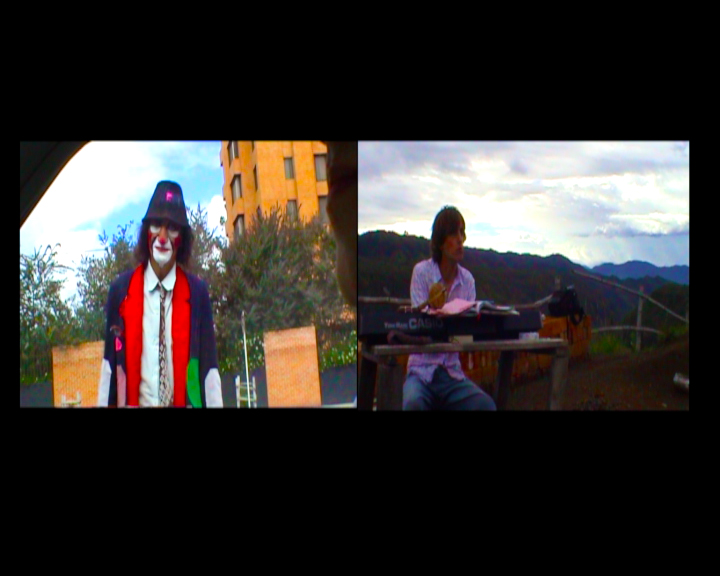