_New Game_ is a romantic mutiny against the restraints of ubiquitous techno-utopian culture. The common and traditional prescribed role of installation media as a mise en scene acquires a new role as an active performer and actant. The game controller becomes a cypher key to bring meaning to other places – wild places, which as yet, can only be imagined. Meaning flickers on and off like a relay switch or an interrupted signal transmission. The game encourages the performativity of player through colors, live video feed and theatrical motifs that are an indirect consequence of the mise-en-scène of the hardware and software, the ‘liveness’ in the approach encouraged could be perceived as unruly and un-governed. The artwork opens up standard devices and situations, it explores the notion of a playful dream that exists in the interstices between the real and the fictional. In fact, the game becomes the performer - the player concedes agency to the code. Perhaps you are really a non-player in a game controlled by someone or something else; perhaps you are the one who is played. 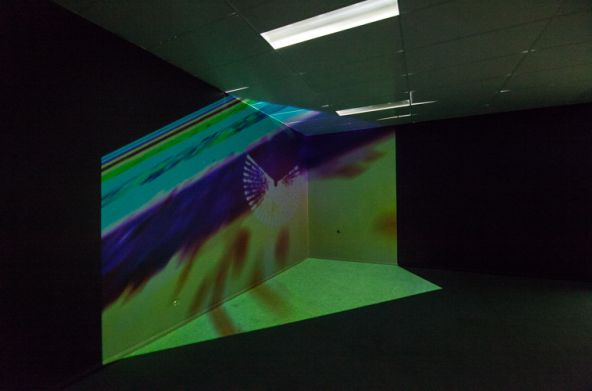 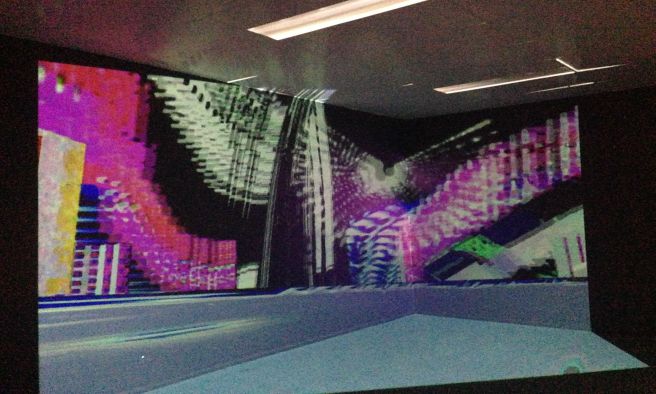