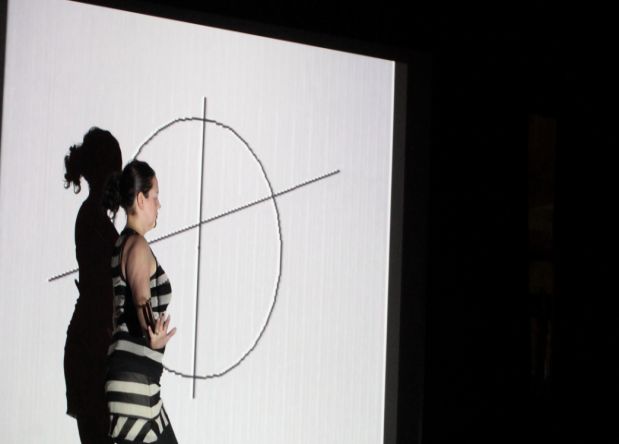 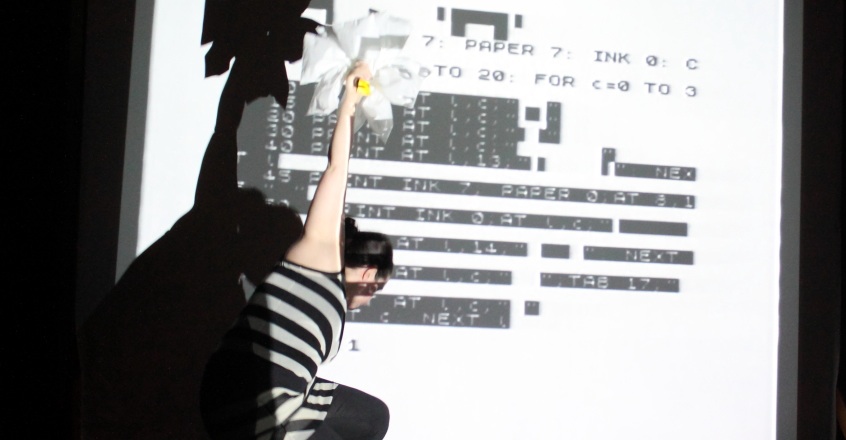 DANCES WITH HER SHADOW (2011) Nancy Mauro-Flude

Medium: performance 15min.
An ode to Man Ray's 'Rope Dancer accompanies herself with her shadows' (1916)".

A compulsive need for productivity so as not to fall off a psychic ledge. A woman stands with her eyes closed, black dots are painted on her white eyelids. There are 7 white paper bags in a line which she walks. Her body yields and floats with gravity, while executable code drives her along.

A playful ode to the history of DADA & its experimental approach, far out and beyond, the work is also an obvious gesture to a painting by Man Ray, as noted in the title. It reflects a philosophical principle that the value of an object lies not in the object itself, but in the mind of her who creates the value. Like in the painting, in this performance, the dancer is accompanied not only by her shadow but also by music, light & shadow.
In the work the dancer could be a transparent abstraction she floats, she walks a tight rope - do the accompanying paraphernalia including coded culture, represent reality, or only the illusion, idea, or shadow of reality?
Performance docu from SEAM2011 'Spacing Movements Outside In',
CRITICAL PATH Sydney http://www.criticalpath.org.au/