After arriving I found that power outlets were a rarity in the the Grand Rue Ghetto, as such my paraphernalia project could not be implemented. After meeting the members of 'Resistanz', an art collective in the Grand Rue, we negotiated a mix of gestures, broken English and Kréyol for communication purposes. All excited, the children began to show me their work & in turn I had a number of battery operated tools to show them too. I was overwhelmed to see their strange syncretic juxtapositions of paraphernalia which were jam packed into every nook & cranny of their homes.

I started to scavenge for wood to use to make a version of a percussion folk instrument -the Australian larger-phone. Things began to take their own shape, we began to jam, & familiarise ourselves with a basic tune that had emerged in our collaboration.

We made a performance. Waving Red & white danger tape, old wood, nails & beer bottle tops & cheering we promenaded through the opening of the Ghetto Biennale. Our march eventually evolved into a jam session, free-for-all. It was truly a Ghetto Promenade.

The Ghetto Biennale was reported and documented by many mainstream media but most importantly it was filmed by *TeleGhetto*, from the streets of Port-au-Prince. Having an archival impulse - *TeleGhetto* took footage of all the events using oil-containers fabricated into video cameras and microphones made of silver gaffer tape, they even interviewed the Haitian Minister of Culture, whom with her entire suite of bodyguards played along. It was iconoclastic, dodgy, humorous, and predictably unreliable, but in that unreliability, *TeleGhetto* emerged neither fixed nor fictional. *TeleGhetto*'s debut filming of our movable, nomadic procession & the impact of their actions ricocheted through the rest of the event.

This was the absolute magic of make believe & such an act opened a new horizon from have's and the have not’s.

I leave you with this quote :

2009 Ghetto Biennale in Port-au-Prince, Haiti. OFFICIAL SITE
‘Emotion that is not tied to the opening of a horizon but to some nearby object, emotion within the limits of reason only offers us a compressed life’.

'The Cruel Practice of Art' Bataille (1949)
"Yet it is from this double bind that the very meaning of art emerges-for art, which puts us on the path of complete destruction and suspends us there for a time, offers us ravishment with out death. Of course, this ravishment could be the most inescapable trap- if we manage to attain it, although strictly speaking it escapes us at the very instant that we attain it. Here or there, we enter into death or return to our little worlds. But the endless carnival of artworks is there to show that a triumph - in spite of a firm resolve in but that which endures - is promised to anyone who leaps out of the revolution of an instant.” 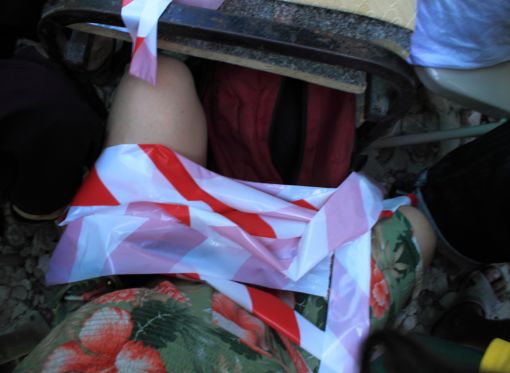 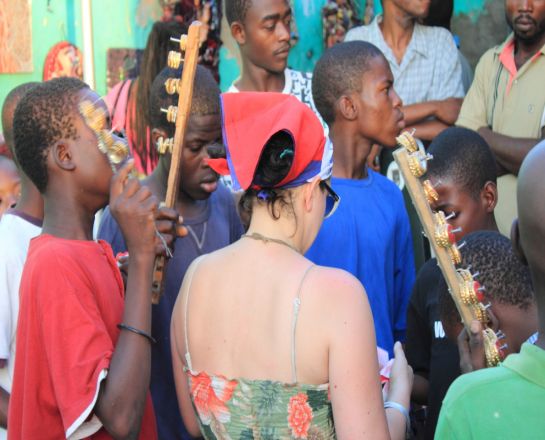 I had a few battery operated tools with me with in too. 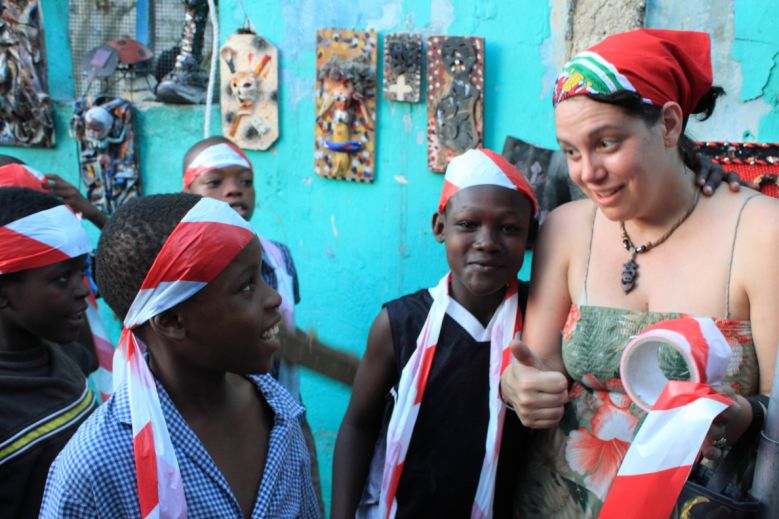 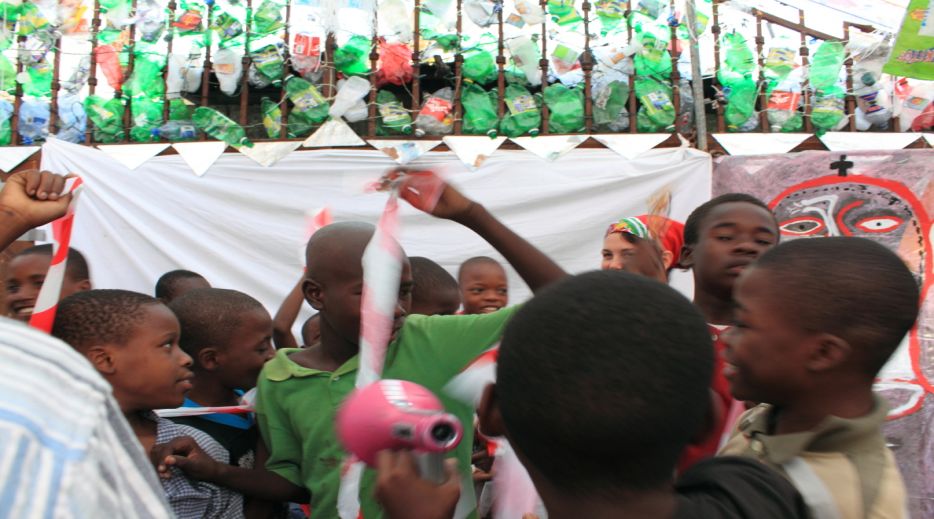 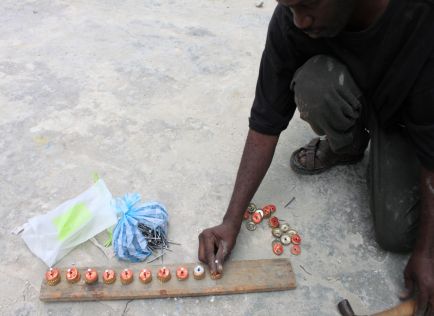 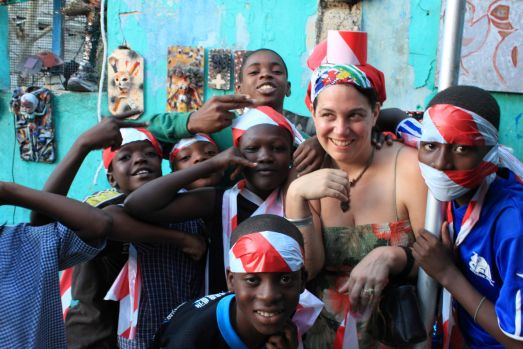