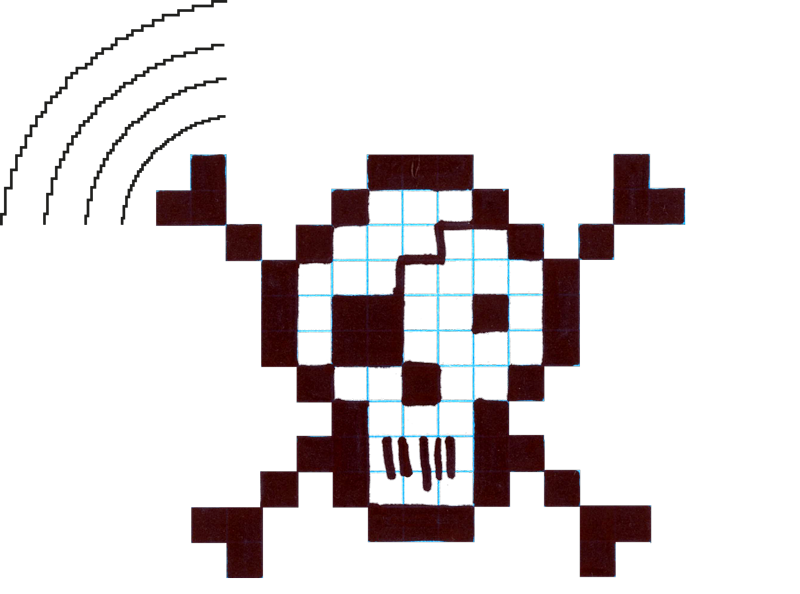 The Feminist Internet Lore Manifesto (FILM) has been conceived because the internet physically impacts our health, safety and well-being. Since 1969 the birth of the internet technical knowhow is weaponized against those whom are uninformed of its processes.[1] The all-seeing eyes of despotic gatekeepers have been harnessing the unsuspecting user with vender lock-in strategies, are merely successors to historical tactics of slavery, victimization and addiction. For those whom attempt to enable those unacquainted, everyday horror has and is being experienced. [2] Often the perpetrators are those whom possess the skill of system administration - through online smear campaigns, stalking, DOS attacks, lurking, doxing and so on, such dread is endured. [3] In the first decade of commonplace use of the web, during the 1990s, particular female led technical projects had to initially work on making visible networks of female-centered technologists pointing to alternative models to how such agency can take place in other ways. Although vulnerability cannot be used as an alibi, because we cannot confuse a sense of false security with providing a safe place – this text acknowledges these pioneering autonomous grassroots feminist server/tech projects such as: The Syster Server run by women, using free software, the collective acts as a nonviolent place to learn *nix system administration skills, host services and inspire others to do the same this project was developed by The Genderchangers Academy [GCA] was grass roots female led tech collective whom held skills share meetings at the end of the 90’s in Amsterdam. [4] The name genderchangers is derived from a small piece of computer hardware that changes the sex of a computer cable. The metaphor was chosen to create awareness around the significant lack of women in the field of Information Technology. GCA’s desire is to change the dominant gender of people who use technology, and this is communicated in the events this community produces. This is an international collective of women who deal with computers the hard way, in the sense that in workshops the first step is to open up computer hardware, thereby demystifying machines by cataloguing their inner parts.

This female collective also started The Eclectic Tech Carnival [/etc ] in 2003. The /etc, has been fondly known as, the GCA on the road. It began as the GCA were invited by various female led cooperatives and cultural centres and NGOs, to continue their experiential way of skills share; that is such customized experiential learning events challenge overtly goal-orientated, vocational and teleological approaches that are so coercive in today’s learning environments for instance STEM/STEAM. The /etc were held mainly throughout Eastern Europe annually for the first decade and then expanded out to other iterations and venues there after (the /etc being held in 2018 in Italy). The GCA’s customized experiential learning events challenge overtly goal-orientated, vocational and teleological approaches that are so dominant in today’s learning environments. Of course, GCA isn’t the only group doing such work, however, their forging methodology, was largely influential upon the proliferation of women-driven hacker space events of the 21C. Such projects are a collective body of radical anarchist feminists with a particular history of chewing on the cables and fibres of control and domination, nodding to Angela Davis who reminds us that “radical simply means grasping things at the root”. Therefore, FILM rejects the utilitarian deciphering of intent, and instead refers to the beginnings of culture when the notion of matriarchy was prominent and was said to be subsumed by patriarchy by the division of art, crafts, technologies and ritual. [5] It is posited that typical social stratifications and other limiting divisions such as labour need to be transcended, and instead we must focus on fulfilling (and thrilling) the aspirations of those beyond the moment, but to no certain goal for that then reduces possibility. It should also be noted that the FILM’s 10 working points has been influenced by a translation, that was adapted and modified from the social division of labor, a concept scrupulously set forth by William Petty, whom put into practice the idea of the division of labour as a means of maximising both quality and efficiency. [6] Such notions are deliberately inverted and infused with exuberance to critically address current technopolitics. Whilst also leaving a space for ivresse whilst envisioning, first and foremost, the aim is to change the gender of technology – that is - to eclipse the sexual violence often encountered when women are living, working and learning in a male dominated field of the internet. Such experimental pedagogy is unique in that they have a feminist approach - think digital literacy sewing circles - the modes of experiential learning expand the hack meetings’ reflection on politics with an intersectionalist point of view and a non teleological approach to skills sharing. For instance, during a meeting a focus group on system administration is quite content, to have a woman knitting in the back ground gleaning information, or a silk screen or drag king workshop held alongside more hard tech skills acquisition.

With such herstory in the foreground, a salon style event ‘Feminist Principles of Internet Art’ was held as a part of the Favour Economy’s [7] residency at Norma Redpath House for ‘Doing Feminism / Sharing the World' research project in Melbourne, Australia. [8] The Favour Economy is a project that collects audio recordings shared by women working in the arts. While it abstracts its use value and transcends the regime of commodity exchange, as a platform for contributors from women in the arts, to share their experience, insights and skills by recording an audio file and sharing it to the internet archive. The archive comprises of a series of volumes that develop over a one-year period coinciding with the financial year, and can be seen as an entanglement into the abstract reality of post-cybernetic control. Furthermore, the word ‘favour’ encapsulates a social gesture of ‘sharing something’ without describing precisely what that ‘something’ might be. In this context the intention of the ‘Feminist Principles of Internet Art’ was to examine ‘The Feminist Principles of the Internet v2’ an evolving document initially developed in 2014 by the Association for Progressive Communications [9]. The principles towards realising a feminist Internet were discussed and outlined, including key events and historical digital literacy circles, which have posed a new radical set of (cyber)feminist models and art movements, that in turn provided new insights about what a feminist engagement with the internet may be. Informing critical rethinking of existing discourse they provide us with a sense of import of this contemporary field.

It is no secret that calculating machines play an increasingly dominant role in influencing our desires and fears, concerns and prejudices. Beyond the 1337/leet sp33k and endless torrent of internet memes, personal branding, rickrolling of post digital culture, Described in Digital Folklore as ‘online amateur culture, DIY electronics, dirtstyle, typo-nihilism, memes and chatbots’ (Espenschied & Lialina 2009), defining some principles of feminist Internet life and lore opens up pathway to re-think the mechanism. Such reckonings with Internet life and lore, art and materiality demand an analysis commensurate with the ubiquity and complexity of its myriad presence, dismissing the assumption that the internet is a single global homogenising technology. Therefore FILM is a treatise and litany acknowledging that the Internet is a cultural apparatus. The internet is envisioned it as a feminist place where art can also happen (rather than merely a platform for trade, porn, promotion, self-aggrandisement or channel of utilitarian information exchange). Nodding slightly to the ‘autonomous movement of the non-living’ anticipated by Guy Debord in The Society of the Spectacle (Paris, 1967). FILMs tendrils reach out to to Ada Lovelace (1815–52) whom envisaged the full potential of the matrix like computing machine, including its poetic significance. Through an examination of the humble origins of the computer, as weave and weft, such revalidation of profound play within the limits of a given system, even of the most utilitarian kind, can lead to transfiguration and unanticipated tendrils of whey that can reach far beyond initial intent. Along with approaching the operating system and the computer as a process – not dissimilar to any salubrious relationship - it's something that you must continually work on and maintain. And if this remains to be so, we should also embracing the feminist futurity of VNS Matrix and Xenofeminism, as Laboria Cuboniks insists for “the augmented homes of shared laboratories, of communal media and technical facilities”. [10]
In this way FILM indicates ten working points to continue to enable women to be louder, stronger, and safer, as they become more fluent in their reach for justice in the 21Century. The intention of the FILM is not simply to propose a definitive set of working points, nor project potential uses, delimit possible actions, nor signal perceived functions but to enable a constant shifting of functions, mediums, positions, roles, pronouns, selves, discourses and fictions that continually intersect. The work honours those women whose voice, amongst other things, was prominent in the pursuit for pleasure, exuberance, and vertigo. A montage of conversation, description, conjecture and moments pirated from performances, actions, history and literature. The raison d’être put forth in the Feminist Internet Manifesto - advocates that feminists must focus on the path of awareness over identity when foregrounding feminist approaches and application of the Internet.

[5] I am referring to the conversations around the idea of ritual and craft and matriarchy that gets brought up in relation to the Paleolithic female ‘Venus’ figurines such as Venus of Willendorf. This history is discussed in detail by Cynthia Eller (2001).

[6] The 10 working points are purloined, then adapted and modified to a feminist point of view with a collective voice, from a pamphlet ’10 working points for artists in the new divisions of labor’ a text systematically explored by William Petty which as then translated purloined, then adapted and modified by Florian Schneider. Discussed in ‘Notes on the division of labor’ _Journal des Laboratoires and TkH Journal for Performing Arts Theory (no. 17) Exhausting Immaterial Labour in Performance, Paris 2010. Also see, Luisa Pesante, ‘Paradigms in English political economy: Interregnum to Glorious Revolution’, _The European Journal of the History of Economic Thought_, 3, 3, (353), (1996).