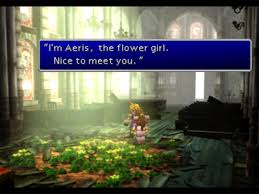 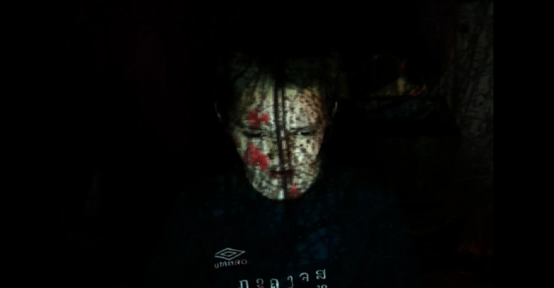 This art work is a re-examination of an original video titled Aerith’s Death. Created from a mesmerizing single take of an 8-year-old boy playing Final Fantasy VII, a role-playing videogame that plays out like a Greek tragedy - the protagonist, Cloud Strife, seeking revenge for the death of his love. Aerith, a flower girl, is a central character in the game. Her unexpected death early in the game is considered one of the most shocking in videogame history. In later episodes, spiritual reunions occur with Aerith and are often a leitmotif laden with flowers. Aerith’s transcendental persona has become an icon in the world of gaming. The original work by Lisa, Aerith’s Death explored modes of quiet obsession in masculine communication. The work placed these mechanisms within a wider context of attitudes around gaming narratives. Approaching Nancy and Julia with the video footage as a starting point for collaboration, Lisa gave an open-ended brief for them to consider how to further extend the scope of this artwork.

Highlighting repetitive, ritualistic and quasi-mythical elements in video games, picking up on the leitmotif of what constitutes Aerith’s materiality, Nancy extends the concept by merging of code, form, media, and matter in consideration of the material that is being intently observed (or imagined) by the player. Validating layers of metaphysical, personal and cultural meaning that are often lost in contemporary gameplay, the alternative screen resolutions provides the viewer with new opportunities to consider the speculation about this ubiquitous metaphysical character. Encompassing the imperfect notions of human fatality and fragility that the all too perfect digital world often ignores. The performative elements in videogames often manifest through the fictional objects that furnish these worlds that then cut back into the realm of real life. Julia has contributed an original soundscape made of field recordings from a ghost town in Western Tasmania. Utilising silence, intricate layers of drone and extraordinarily detailed location recordings, Julia emphasises the trance like state of the child gamer. The highly natural compositional elements work in contrast to the highly digital visual output. This liminal fantasy is a sound transcription of what could be the transitional and initial stage of a child’s mind, anticipating this vital threshold.